With a new name and the entry of Nedschroef Holding B.V. rapidly and securely into the future

Büren / Helmond (NL), 26 June 2017 - CP autosport GmbH will trade in future as CP tech GmbH after the merger with new investor Koninklijke Nedschroef Holding B.V. (Nedschroef), one of the world's largest manufacturers of fasteners. This new chapter in the company's history was announced by the Büren-based company, which was founded in 2006, to employees at an internal event held together with representatives from Nedschroef.

The current management team will remain in place and will push ahead with the targeted strategy under the leadership of Managing Partner Thomas Casey with the support of Nedschroef: "For us this development is a significant strategic step and an important milestone", said Casey and added: "This is great recognition of our achievements to date. As part of Nedschroef we will benefit from the company's long-term growth strategy and global presence. We will also have the future resources to make the investments and build the new human resources capacity we need to execute our planned strategy in a rapidly changing environment". According to the management, the "CP" brand, which is now established throughout the industry, will remain an independent brand within the Nedschroef Group. The number of employees is to be further increased this year and additional investments are planned for the coming years.

Dr. Mathias Hüttenrauch, CEO of Nedschroef, is also convinced of CP tech’s potential: "The combination of Nedschroef and CP tech will allow us to significantly extend our own know-how: from a manufacturer of fasteners to having considerable expertise of functional components comprising a wide range of integrated parts. This capability is key to providing our customers with high-end engineering services for new vehicle platforms".

According to Casey, the automotive industry in particular is changing at a tremendous pace, driven by global trends such as e-mobility, lightweight construction, networking, sustainability and autonomous driving. "This global paradigm shift requires totally new vehicle and mobility concepts, for which we already have innovative and integrated complete solutions at the ready thanks to our many years of experience and the in-depth know-how of our entire team". As part of the Nedschroef Group, CP tech will be able to concentrate even more efficiently on its core business in future and reach its growth targets from its headquarters in Büren with innovative in-house products, engineering services, high-performance components and complete solutions for the automotive, motorsport and aviation industries.

Nedschroef Holding B.V., headquartered in Helmond, the Netherlands, announced at the event that it intends to acquire a majority stake in CP tech GmbH once the official contract has been signed and the antitrust authorities have given their approval. 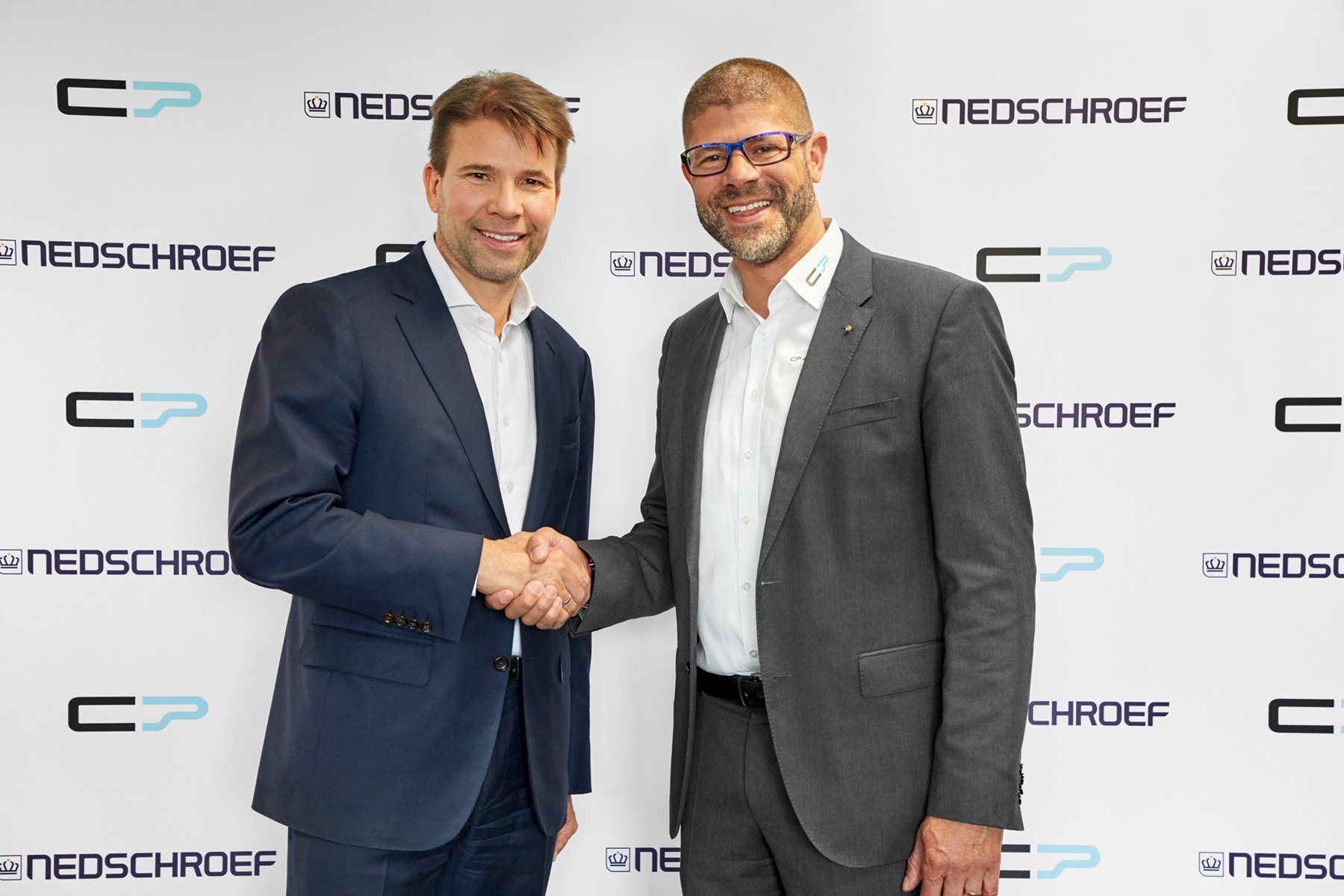 Announcing the future corporate strategy to the employees (from left):

Headquartered in Helmond, the Netherlands, with annual sales of over 629 million euros in 2016, Nedschroef is one of the world's largest manufacturers of fasteners and other advanced cold-formed components. Its customers operate in industries with the highest technical requirements, such as the automotive and aerospace industries. Nedschroef's Machine Division also develops and manufactures machines and tools for the production of cold formed components for various end markets. The company is a market-leading innovator in the design, development and manufacture of technically advanced fasteners for leading car manufacturers and suppliers worldwide. Nedschroef employs over 2,000 people at 25 locations worldwide